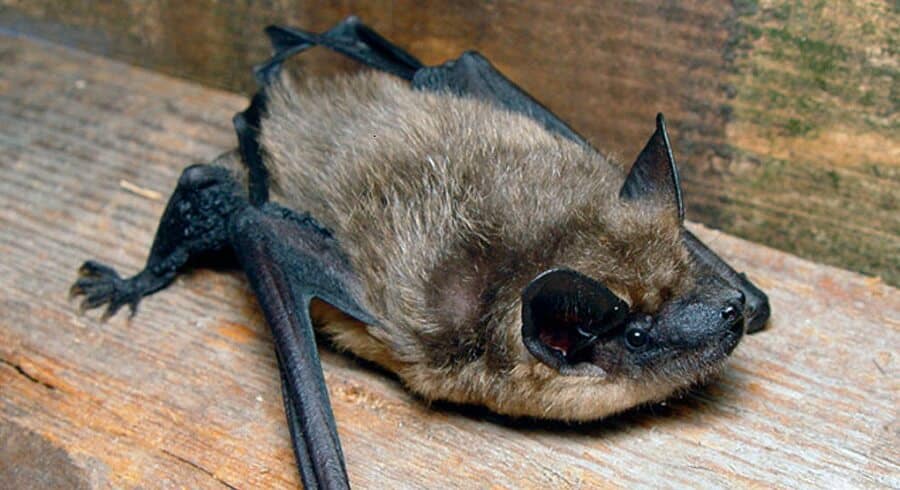 You’ve identified bats on your property and like many people want to keep the bats away. There are a few steps that you should take to keep the small mammals away.

For specific advice, check out this article on how to get bats out of your attic, barn, pool, and eves.

1. Decide If You Really Want Them Gone

There are some places, such as your attic or the eves of your houses where you shouldn’t let bats congregate. They can cause a lot of damage. However, there are other places such as an old barn, a hollow tree or other areas on your property that are good places to let bats live.

One of the reasons that you might consider not trying to repel bats from your yard is because of the incredible bug control that they offer. A single bat can eat up to 1,000 insects in an hour. Bats can eat between 6,000 and 8,000 insects a night.

Thus, getting rid of bats on your property can have a drastically negative side effect on the insect population around your yard.

Bats are so helpful to the ecosystem that in most of the United States, killing a bat is illegal. Many other countries have similar laws around harming bats.

This means that if you do choose to get rid of them, you need to do it in a manner that is safe for the bats.

Bats are generally good neighbors. They aren’t aggressive to people unless they are scared and trying to get away. They generally don’t bite humans. They are quiet, even in large numbers so often, it can be hard to know if you have a bat population living nearby.

But, they can do damage to a specific area and they can sometimes pose a health risk.

Areas to keep bats away from:

Bats are beneficial to an area, but they are also prey to many other types of animals. As you take other steps to eliminate bats from a specific location, consider hanging some bat houses around to provide a safe place for bats to what’s the word sleep.

Bats love small areas that protect them. They are vulnerable to predators both from below and from above. They are relatively defenseless compared to most predators. You can make or purchase a bat house and hang it near the area where bats congregate.

Bats eat a lot of insects. They also need and seek areas close to standing water. Eliminating the food and water that attracts them can solve the bat problem. A large insect population will often attract bats. Identify if the area with the bats has a lot of insects. In some cases, hornet’s nests and other similar congregations of insects have been the primary cause of bat attraction.

Identify any populations of wasps, flies, or mosquitoes. Eliminate or greatly reduce the local insect population. In some cases, where bats congregate on a specific side of the house, the problem was solved once the Hornets and wasps were killed.

Check pools of standing water. Mosquitoes lay their eggs in stagnant water, as do many types of flies. Additionally, the water itself can attract bats. Move bird baths and other decorative water features away from your house. Change bird bath water 2-3 times a week.

4. Use Decoys To Discourage Bats In the Immediate Area

Decoys have limited effectiveness on bats. The reason for this is that bats, like many other animals, can easily adapt. This makes most types of repellent and decoys ineffective in the long run, especially if used alone.

Yet, decoys combined with other steps can be enough to encourage bats to word roost in better areas, such as bat houses. Decoys are usually only effective in the short term so it is important to have other steps taken to keep bats away from areas.

There are many types of decoys that can encourage bats away.

In addition, mylar balloons and tinfoil strips are used to occupy the space that bats fly in. Hang tin foil strips around the area where bats fly. They don’t like hitting their wings on things as they fly.

The problem with tinfoil, mylar balls, and mirrors in keeping bats away are that bats are very good at flying around things. They fly through and around trees in the dark. They are also usually very small and don’t need a lot of space to fly comfortably. This means nearly occupying all the empty space in the area you wish to discourage them.

Lights can be used to illuminate an area. Bats like darker areas and illuminating an area during the day can annoy them and keep them away.

The problem with using lights to repel bats is twofold. First, bats can usually retreat to the corners of an area where the light doesn’t reach as well. Second, lights often attract insects, which are then attracted to bats.

Animal repellent is another method. Some websites suggest using mothballs, sprays, or other things to repel bats. In some cases, three things may work. However, most of the time it does not.

The problem with animal repellents is that bats easily adjust to them. They get used to the scent, taste, or texture of the product and quickly act as if it doesn’t exist.

Plus many of those products can pose issues to pets and humans with prolonged exposure. Many of the bat repellent products on the market are illegal in many states. Others have been declared ineffective by the FTC. They may harm the bats.

Two solutions that may be more effective are using Fels Naptha soap around the area. It has a strong scent. Cut it into 2 or 3 pieces per bar and place it around the area. Replace at least annually as it will stop smelling after a while.

Another solution is to use dog or cat granular repellent. Dissolve the granules into the water. Spray the water heavily in the areas where bats convene. These methods may prove to be ineffective for large colonies but will be more effective if your bat population hasn’t gotten too large.

5. The Best Time To Get Rid Of Bats

Bats habitat is affected by the time of the year. There are seasons and months that getting rid of bats will be very costly and difficult. This is for a variety of reasons. Let’s cover the seasons and what you should be aware of:

Spring (March April and May): Springtime the ideal season to get rid of bats. In many areas, it is the only season that bat removal is allowed without professional services that can safely relocate the bats.

Spring is a time of increased bat activity. The bats that migrate south typically return to northern areas. Bats can migrate as much as 200 miles for the winter. Hibernating bats come out of their hibernation. Bats will have babies in the late spring from mating the fall before. Before the birth of bab babies is the ideal time to remove bats.

Plus if they are evacuated from your property, they will be able to find food to eat without starving to death.

Summer: Bats usually have babies toward the end of May. The mothers nurse their young throughout the summer. Summertime is one of the worst times to get rid of bats. If you keep the mothers out, the babies will be left around.

Mothers have between 1-2 bats each year. That means your population of bats can double in the early summer.

This makes springtime a difficult time to get rid of bats. If you install one-way doors for adult bats to leave, but not return, then you will have a litter of babies still in your attic. This creates many problems because those babies usually die.

Since it is illegal to kill bats, leaving babies to starve to death is both illegal and inhumane. It will also cause stench from the rotting bodies. This will attract other insects, bacteria, and germs to the area.

Late Summer: Is the next best time to get rid of bats. The bat babies are usually big enough to fly on their own and are leaving the nest. Late summer allows you to expel the bats before they settle down for the winter. This forces them to choose a new hibernation spot.

Fall: August and Later: Bats generally mate in August. After they mate, they either migrate south or find a place to hibernate. August usually marks the start of the year when it is very difficult and expensive to get bats out of an area.

When you become aware of a bat problem, try to take care of it before August come around. Once bats have mated, a long season of hibernation is looming.

Winter: Bats usually hibernate in the winter. Eliminating bats from an area is very difficult during this time. That’s because it requires physical moving and a way to relocate bats to a safe place.  Moving the bats will have to be done manually and this can cause them to wake from their hibernation and to be scared and unsure of what’s going on.

This can mean greater injuries to those removing the bats. Because removal has to be done with physical removal, more protective gear is also required. Masks, gloves, and cages to move the bats will be needed.

When bats are moved during the winter they should be relocated to a safe place where they can continue hibernating without predator danger.

Another problem with removing bats in the winter is that if they awake, they may be unable to get adequate food and may starve.

It is illegal to kill bats in most areas. Further, removing bats outside in the winger can have legal consequences because bats often starve or freeze to death when woken up during winter months.

Bats are a protected species and are vital to a healthy ecology. Because of the white nose disease in recent years, bats are facing extinction. Many species are already considered extinct or in severe danger. Even the common brown bat is considered in high danger.

Why are bats so vital?

Bats eat so many insects that it would take millions of dollars and immense amounts of pesticides to do the work of bats in a county or township.

Other plants depend entirely on bats to pollinate them. Bats also help to reforest and keep the local ecology diverse. The seeds that they eat are distributed as in their guano and spread for regrowth.

An unhealthy bat population signals and imbalance and deeper issues in the ecology. 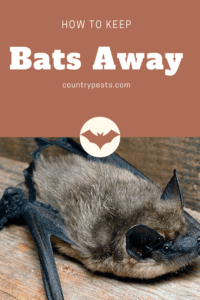 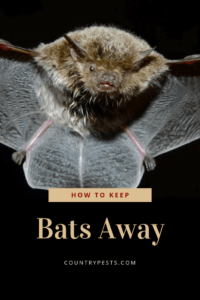