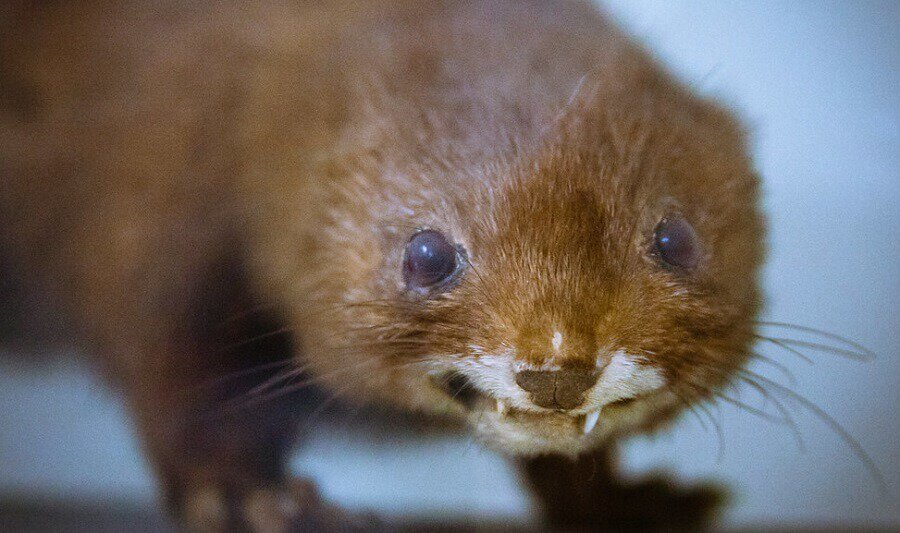 If you live in an area with weasels and stoats your worry is valid. Fortunately, there are things that you can do to help protect your chickens.

Stoats are nimble little creatures that can get through small openings. They are vicious, have sharp teeth and claws, and can climb quickly.

Because of this, you need to make sure your coop and chicken run is locked up tight.

Let’s take a closer look at what a stoat is and how to protect your hens and chicks from being attacked.

What Is A Stoat?

They all have long, skinny bodies which make it easy to get in and out of small openings. Stoats and weasels are light-brown in color with white underbellies. They both have sharp teeth and claws.

You can tell the difference between weasels and stoats by the brown tip on the stoat’s tail. Also, stoats can get slightly larger and heavier than weasels.

Proofing Your Coop and Chicken Run

It’s important to make sure your coop and run are well fortified against predators. No matter where you live you will want to make sure the windows and doors on your coop shut tightly and aren’t opened easily. You should also build your run with strong wire mesh such as hardware cloth.

You’ll also want to bury the mesh 1-4 feet deep. Burying the wire mesh keeps animals from digging and going under the fence. Not only will this prevent stoats from digging under it will also prevent predators such as raccoons and dogs from getting in as well.

Stoats can get through an opening as small as one inch in diameter so make sure your fencing and any other gaps are a half inch or less. If you have gaps that are larger cover them with the mesh.

They can also climb quickly and easily so make sure you also cover your run with the wire mesh as well. Otherwise, stoats will climb the fencing and go in through the top. Another bonus of covering your chicken run is it will also prevent flying predators such as hawks from swooping down and flying off with your small hens and chicks.

If you have your coop fairly close to your house you have an advantage. Stoats don’t like humans and try to avoid them.

But, before putting your chickens close to your house you should make sure they have enough room to forage and that they aren’t going to get on your stairs or porch.

Remove Any Areas Stoats May Live

Stoats usually live in burrows that they’ve taken from their prey, this could include a hollow stump or a cleared rat’s nest. Go through your property and clear it of any stumps, fallen logs, and clumps of grass.

Another way to make your property unattractive to stoats is to keep a mouser cat. Cats help keep the mouse population under control which helps eliminate the stoat’s food source. The fewer mice you have the less likely stoats will come onto your property.

You’ll also want to keep your chicken coop as clean as possible. When chicken feed is left out and easily accessible mice will come for a quick easy meal.

Stoats are sneaky and like to hide while they’re hunting. Long grass can hide them as they sneak up to the coop and chicken run. Shrubs, bushes, and hedges also make good hiding places. Make sure the grass is mowed down and the shrubs are trimmed back allowing light to filter in.

Lock Your Chickens Up At Night

Make sure your hens are safely tucked away in the coop at night. If it’s been properly fortified this is the safest place for them.

Stoats and weasels hunt at night so making sure your hens and chicks can get out of the coop and that predators can’t get in is essential.

Especially since you will most likely be asleep and not watching over them.

Use A Guard Animal

Roosters will also raise an alarm and will often chase the predators however they don’t have very good night vision so aren’t much help against nocturnal predators.

Dogs will sound an alarm and chase both daytime and nighttime predators, however, if the dog isn’t well trained to protect chickens could become a predator himself.

Use Traps To Remove Stoats

Stoats are fast and nimble so it may be difficult to hit them if you do happen to see them. The best way to remove stoats is to trap them.

Using a live trap that is made for smaller animals is best. Place the trap near a known path such as along a shed or the chicken coop. You’ll want to bait it with a dead rat, rabbit, or egg. Once you’ve caught the stoat don’t open the trap since it could bite you and get away. Call your local animal control to dispatch of them.

Keep in mind that if you catch one stoat there are likely others around so keep trapping them if possible.

Protecting Chickens Against Other Predators

Unfortunately, stoats and weasels aren’t the only chicken predators. You may also have to deal with hawks, owls, and other birds of prey, snakes, dogs, large cats, raccoons, wolves… In truth, the list is quite large.

Fortunately, if you’ve fortified your chicken coop and chicken run against stoats, weasels, and ferrets you’ve also fortified it against many of these other predators.

Some other suggestions to keep in mind to help protect your chickens are:

What Is Killing My Chickens: How To identify A Stoat Killing

Unfortunately, stoats don’t only kill for food, they also kill for sport. If a stoat attacks your chickens you’ll likely find many dead and only one or two partially eaten.If you look at your chickens you may notice bite marks at the back of their heads and neck.

Stoats don’t usually kill larger hens, they prefer smaller animals such as chicks and eggs however they have been known to kill sitting hens.

They can come in through gaps as small as one inch in diameter this includes holes made by mice, voles, or moles so make sure you fill in these tunnels and bury fencing at least one foot.

Rats usually kill and eat smaller animals such as chicks and chicken eggs but if the food is scarce and the rat population is high, they have been known to go after and kill hens.

One way to tell if it is a rat killing your chickens is a bite on the neck or head.

When Do Weasels Hunt?

Weasels generally hunt at night but have been known to hunt during the day as well. This depends on the season, time of year, and time of day.

They don’t hibernate during the winter so they hunt all year long.

Like their brother, the stoat, weasels are great climbers. They can also dig. This is why chicken wire isn’t sufficient protection for chickens.

It works great for keeping chickens in but doesn’t help keep predators out. Some predators can rip chicken wire apart. Others, like the weasel, can squeeze through the holes.

Make sure your fencing is buried at least twelve inches deep and has a barrier at the top as well so they can’t climb and get in your chicken run from the top.

How To Keep Snakes Away From Chickens, Eggs, And Coops

7 Ways To Protect Your Chickens From Weasels