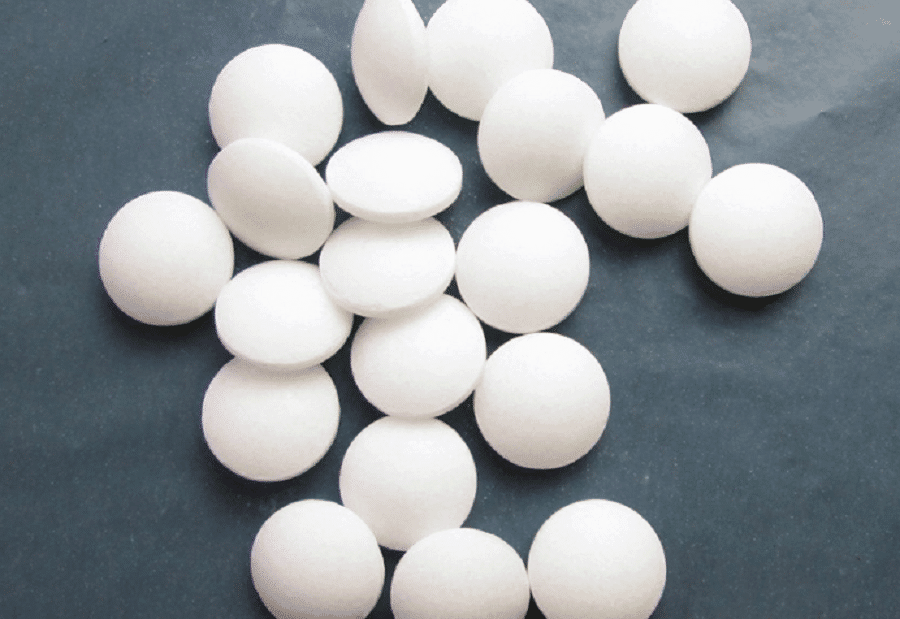 “Free range chickens often make their way into my garden. Since they help keep the bugs under control, that’s the only place I don’t want them. I’ve heard that mothballs are effective in keeping chickens away. Is that true?”

Will Mothballs Keep Chickens Away From My Property?

Foul smelling mothballs rarely keep chickens away from your property and out of your garden. However, they do occasionally work when the right conditions exist.

The reason that mothballs are ineffective is because a chicken’s sense of smell isn’t very good.

Plus, mothballs are made to deter small insects, like moths.

They aren’t made strong enough for larger animals.

So while they may recognize it as smelling bad, the smell may not be strong enough to deter them from getting into places you’d rather they not go.

Also, chickens will eat just about everything. Their instinct is to eat things off the ground. If they see something in the dirt or around something that is filled with delicious food, they may want to taste it to see if it’s good.

Even if mothballs are effective to some chickens, should you use them? 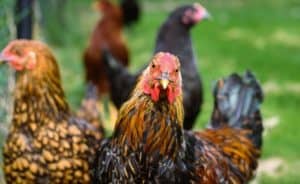 The Dangers Of Using Mothballs To Repel Chickens

There are four major dangers of using mothballs to repel chickens.

Mothballs are toxic for humans and animals. When they are used to repel chickens and are partially consumed, it endangers the chickens. In some studies as many as 30% of chickens who ate a mothball died.

Plus, the poison is passed to the eggs and muscle of the chicken. This poses a great risk to those eating the eggs. The “off” flavor in the eggs is a small side effect compared to the dangers of consuming the poison if the flavor isn’t noticed.

Young children may be attracted to the mothballs and put them in their mouth. There are many other ways the poisons could make their way into human consumption.

According to the National Pesticide Information Center, mothballs can have serious health risks. The two main chemicals found in mothballs are found to cause increased cases of cancer, poses risks to babies, pregnant women, and other problems.

Poison control should be called if they are ingested by humans. Notify a vet immediately if a mothball is ingested by animals.

Mothballs are a pesticide that slowly releases toxic vapor. They are not good to consume orally or to breathe in.

This is why mothballs are used to keep moths out of clothes. The vapors kill the moths and the eggs they lay. They should be kept in an airtight container so the vapors don’t escape and aren’t breathed in.

Another issue with using mothballs outdoors is it could cause soil contamination. At this point, it is unknown how long the poisons from mothballs stay in the soil.

This means that through the soil, the poisons could pass to humans or animals in another manner that isn’t anticipated at the time you lay the mothballs down.

Lastly, cats, dogs, and other animals may be attracted to the mothballs. This could endanger the family pet or another neighborhood animal.

Mothballs should be used only for the purpose that they were made for.

How Do I Keep Chickens Away?

For a detailed list check out our article on how to keep chickens off your deck. Here’s a brief list:

The best and only for sure way to keep chickens out of your garden or other areas you don’t want them is to build a fence. Fences only need to be about two feet high to keep out chickens unless they can fly.

If the chickens can fly, then you might need to make the fence as high as 6 feet or clip their wings.

Any type of fencing will work, from chicken wire to a picket fence. It just depends on your personal tastes. Some people have even used dollar store fencing as a temporary barrier.

If putting up fences isn’t practical, then there are other ways to help deter chickens from coming onto your land or getting into your garden.

Spraying chickens with a garden hose is one way to deter the chickens. They aren’t fans of getting wet so they will run from a stream of water. Now, this only works if you’re outside often with quick access to a hose.

As soon as you stop spraying they will usually turn around and come back. A motion-activated sprinkler will also work. Often these are used to keep dogs out of certain areas but it can also work on chickens.

Putting large rocks around your garden is another deterrent. Chickens will usually scratch through small pebbles but not through larger rocks and stones.

If they can’t get to the dirt underneath to take a dust bath or to search for food, they won’t want or need to come into your garden.

There are specific spices that have been known to help repel chickens away from an area.

If you sprinkle spices such as Cayenne pepper, black pepper, paprika, cinnamon, garlic, curry powder, or a spice mix with any of these in it the chickens will generally learn to stay away.

Chickens aren’t too fond of the smell and the spices cause a slight burning sensation when they walk on it. After a while, the chickens may start to remember that that area isn’t worth it and stay out.

Make sure that you reapply the spices anytime there is rain or snow. You will also need to reapply them if your area has a heavy wind. In good weather, reapply every week to keep the spices strong.

5. Cut Up Lemons Or Limes

Cut up lemons or limes and put them throughout the garden or other areas the chickens like getting into. When they go to eat the sour fruit they usually turn around to go find a better place to forage.

Citrus peels can also be used if you don’t want to use whole fruits.

Use a well-trained dog to keep chickens out of unwanted areas. Certain breeds of dogs tend to be better guard dogs than others. Some dogs are more hunt dogs.

Make sure your dog is well-trained because some dogs kill chickens for sport. Trained dogs won’t harm chickens but they will scare them off and keep them out of your gardens.

Roosters can also help keep the chickens closer to the coop and out of areas they shouldn’t be in. This is a great option if you don’t want to get a dog and take the time to train them.

How To Keep Chickens From Scattering Your Mulch

Chickens love to scratch and dig in mulch in search of bugs and worms. When they do this they can scatter it all over the lawn.

It can be a difficult task to keep them out of your mulched beds.

The methods mentioned above can help but if it isn’t working as you would like it to you could also try putting a layer of invisible deer netting or hardware cloth over the top of your mulch.

You could also lay landscaping fabric under the mulch so the chickens aren’t trying to get at the dirt underneath. Then lay the netting on top.

Secure it with your edging and fabric staples.

A lower layer of landscaping fabric will stop chickens from digging holes, but won’t stop them from scattering the mulch.

There are a few foods you need to keep your chickens away from.

What are chickens afraid of?

In general, chickens are afraid of quick movements. They are also generally afraid of predators and loud noises.

But, their fears differ between flocks and between individual hens.

Some will stare at a fox or other predator without moving to hide or protect itself while others will run away from their own shadows.

Can a chicken die of stress?

Chickens are pretty cowardly and can scare fairly easily. If they have been attacked by a predator or are scared very often by loud noises or quick movements, the effects can be long term.

One way to tell if they are under stress is if they start laying eggs less frequently. Another sign is if they refuse to come out of the coop. If this is happening, check their environment.

Find out if a raccoon or other predator has been lurking around. It could also be an unfamiliar dog that’s coming around or children chasing them for a game.

If they are under stress very often or for prolonged amounts of time it can lead to a heart attack. Make sure your chickens are well protected and happy because stress can kill them. 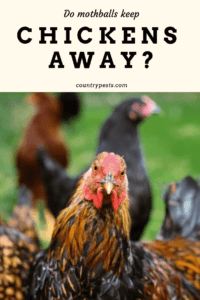 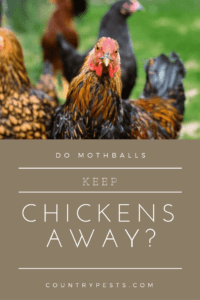